Sports in AZ 2023: Making it Rain in the Desert

Sports in AZ 2023: Making it Rain in the Desert 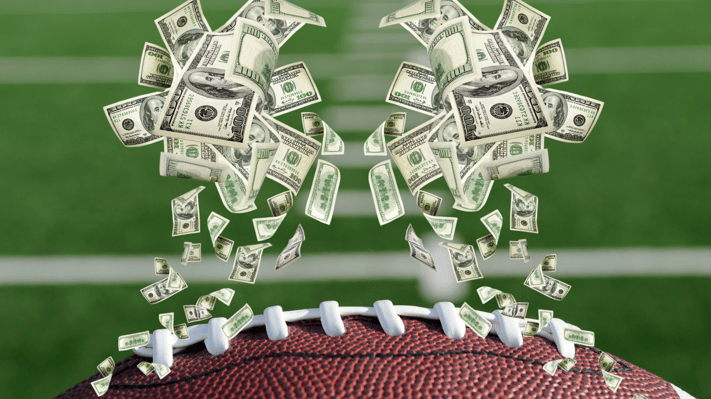 As Super Bowl LVII approaches, Phoenix and its surrounding areas are poised for an influx of people, and, importantly, to reap the economic benefits. Not that Phoenix is any stranger to hosting big events; just look at State Farm Stadium, the host of the 2023 Super Bowl. Since opening in 2006, it has hosted two Super Bowls, in 2008 and 2015, as well as two National College Football Championship games, and the 2017 NCAA Final Four Basketball Championship.

Take the 2015 Super Bowl hosted in Arizona. According to a study conducted for the Super Bowl Host Committee by Arizona State University – under the leadership of Michael Mokwa, Pat Tillman Foundation professor of marketing and leadership, and John Eaton, clinical professor of marketing at the W. P. Carey School of Business – Super Bowl XLIX earned about $720 million for the Phoenix metro area and attracted over 120,00 visitors to an event that had more than 114 million viewers – not to mention generating $2 million in AZ nonprofit grants that positively impacted 400,000 local youth. The Super Bowl Host Committee said that from the prior year, hotel occupancy increased from 61% to 93%, while the average rate of hotel rooms had increased from $117 to $325.

Super Bowl LVII’s impact should be even higher.

The Super Bowl Host Committee estimates a generated economic impact of over $500 million, plus $2 million in community nonprofit grants from this year's event.

And that’s just the tip of the iceberg, says the Phoenix Business Journal. In 2015, the Arizona Commerce Authority played host to about 60 companies for the Super Bowl, which resulted in five considering investments in the state and developers interested in areas like downtown Phoenix.

Despite the glowing predictions for this year and lustrous estimates of the revenue generated in Super Bowls past, there are those who disagree. Most notably is Victor Matheson, professor of sports economics at the College of the Holy Cross, who feels that these numbers are overstated. In 2009, Matheson published an influential paper called “Economics of the Super Bowl,” in which he argued that although the NFL and promoters claim that the event brings up to $500 million to host cities, the true economic impact is a fraction of that amount. He writes,

“Ex post economic analyses of the Super Bowl by scholars not financially connected with the game have typically found that the observed effects of the game on real economic variables such as employment, government revenues, taxable sales, GDP, and personal income, while generally positive, are a fraction of those claimed by the league and sports boosters.” Matheson concludes that “most economic impact reports are ‘padded’ as well as the players on the field.”

Others, of course, disagree. ASU’s Michael Mokwa, speaking of the intangible benefits enjoyed by Phoenix, after an assessment of the impact of the 2008 Super Bowl, asserted, “The money is just the tip of the iceberg. Thousands and thousands of people who came here for the Super Bowl … took away powerful memories and good feeling about Arizona,” which converted into return visits, the relocation of families and businesses, and the difficult-to-measure impact of word-of-mouth marketing. Speaking on the 2015 Super Bowl, Christine Mackay, the city’s community and economic development director, said the event “showcased all of Phoenix. Our industrial parks were shown, our skylines were shown, our hiking paths were shown. It really gave Phoenix the chance to truly shine on the national stage.”

Whatever the number, there is little doubt that Super Bowl LVII, to be played on February 12, 2023, will give the Valley a gigantic boost. And it doesn’t stop there. Two weeks later, the Cactus League starts it season, and 15 Major League Baseball teams will descend on Arizona for spring training, attracting fans from across the Midwest, the West Coast, and the Southwest. It’s events like Cactus League baseball and other events hosted in the Valley like the Waste Management Phoenix Open, the Guaranteed Rate Bowl, and the Fiesta Bowl, that bring in what the W.P. Carey School of Business Seidman Research Institute has estimated to be upwards of $700 million in out-of-state money to Arizona.

That $700 million on top of the $500 million estimated from the Super Bowl alone would mean over $1 billion from sports tourism for Arizona in 2023.

In the words of Dennis Hoffman, Director of the Seidman Institute, in the Valley, “We have great (sports) facilities. We’ve invested in them with public dollars. We have a great climate, an attractive state. We’ve figured out a way to seize the opportunity to bring these big events here. When we do, huge dollars flow in.” Disagreement there may be, but that there are millions of dollars to be made – not to mention the intangible and long-term benefits to be had as a result of big sporting events – is a hard-to-dispute reality.