Why Polling Accuracy is So Important: A Short Case Study 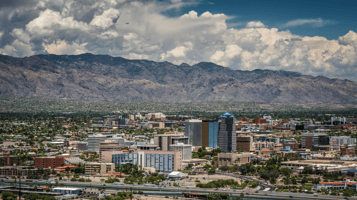 In the world of research data, accuracy is everything. OH Predictive Insights leverages the expertise, resources, and networks of our team members and partners to mitigate risks of error and ensure accuracy.

The 2016 presidential election is widely considered a bad year for pollsters both nationwide and in individual swing states. Democratic nominee Hillary Clinton led eventual President Donald Trump in nationwide and swing state polling, but the actual results differed from several polling forecast averages. Why does this matter? Accurate polling means candidates, consultants, and voters have a real pulse of voter sentiment and plans, backed by data, on which to base their strategies and decisions. Inaccurate polling means strategies and decisions are ill-informed by misleading data. This is the number one reason why accuracy in polling is so important.

Since then in Arizona – and more recently in Nevada and Utah – a state where elections can be decided by razor-thin margins, people look to unbiased pollsters with proven track records to deliver clarity and insights on competitive races. OHPI has earned the trust of our communities over the years as we have dedicated ourselves to providing non-partisan data grounded in the highest methodological standards – which led us to 100% accuracy in 2020.

More recently, voters in Tucson, Arizona were faced with the issue of raising the city’s minimum wage. At $12.15 an hour, the state of Arizona currently has one of the highest minimum wages in the country. But Proposition 206, known as the Tucson Minimum Wage Act, called for raising the minimum wage to $15 per hour by 2025. In September, our polling of Tucson likely voters found that if no major opposition campaign were to run against Prop 206, the measure would pass with 2:1 support. The Act requires a simple majority in order to pass. 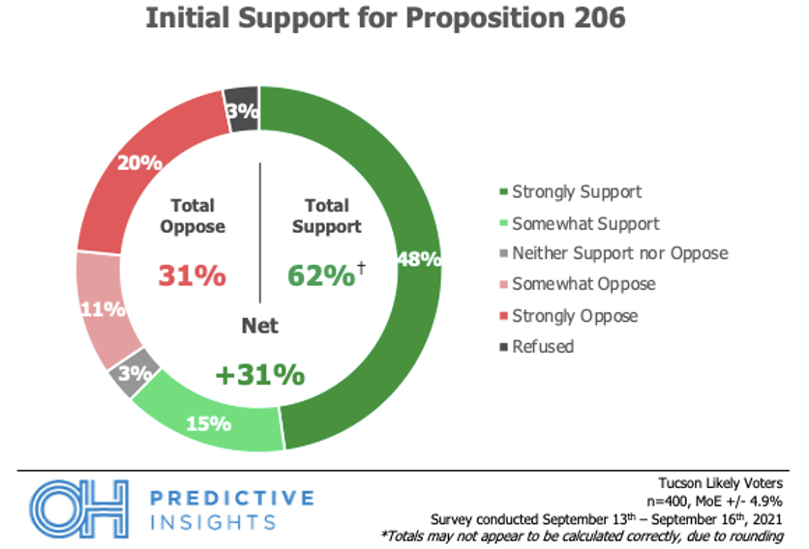 As soon as election results are in, we rush to be among the first to see how in-line our predictions were. Official election results for Prop 206 from the City of Tucson were statistically parallel with our survey. Our predicted 62% support and 31% opposition was reflected in Tucson voters’ 60% actual support and 32% actual opposition – well within the margin of error of our poll.

Another key reason why polling accuracy is crucial: data drives decisions. The client we asked this question for was able to use these data-backed, predictive insights to inform their strategy – they needed to decide whether to spend vital, finite resources on a fight that they were not guaranteed to win. They were depending on accurate, reflective data to base their next steps on. In the end, our client integrated our actionable insights into their strategy, ultimately preserving critical marketing dollars and efforts that potentially could have otherwise been wasted.

Returning to our 2016 presidential election example, Clinton hardly ever made any campaign stops in Wisconsin, likely in part because polling averages suggested that she had a solid lead in the state. To her dismay, Clinton’s lack of presence in Wisconsin helped Trump win the state by a narrow margin. Hillary Clinton was wise to use polling data to inform her campaign strategy, focusing her efforts and dollars in areas she was polling underwater – she just had bad polling data.

So, what’s the bottom line? At OH Predictive Insights, our clients can confidently trust our research data and utilize our expert analysis and insights to inform their strategic decision-making and reap results.

No pollster is going to be 100% perfect all the time. Mistakes are bound to happen along the way – it’s an unavoidable part of survey research. What we can do, however, is always strive for gold-standard quality while learning from our and others’ mistakes to improve going forward. In times as polarized as these, it is imperative that pollsters have a great relationship with the voters and journalists who turn to us for information regarding the state of our politics.