Arizona an Unlikely Birthplace for another “Texas Heartbeat Act”

Arizona an Unlikely Birthplace for another “Texas Heartbeat Act”


PHOENIX (September 27, 2021)- Discussion surrounding the “Texas Heartbeat Act” has been swarming across the States since it came into effect as law on September 1st, amplifying the decades-long debate on abortion on a national level. According to the latest Arizona Public Opinion Pulse (AZPOP) survey conducted by OH Predictive Insights (OHPI), most Arizona voters lean pro-choice (62%) over pro-life (38%) with consensus among the electorate that abortion should be legal in at least some circumstances (87%).

The “Texas Heartbeat Act” signed into law by Governor Greg Abbott prohibits Texas abortion procedures once cardiac activity in the embryo is detected - as early as six weeks into a pregnancy. This bill permits for private citizens – even non-Texas residents – to sue abortion providers, staff, or anyone involved in the transportation to get an abortion. 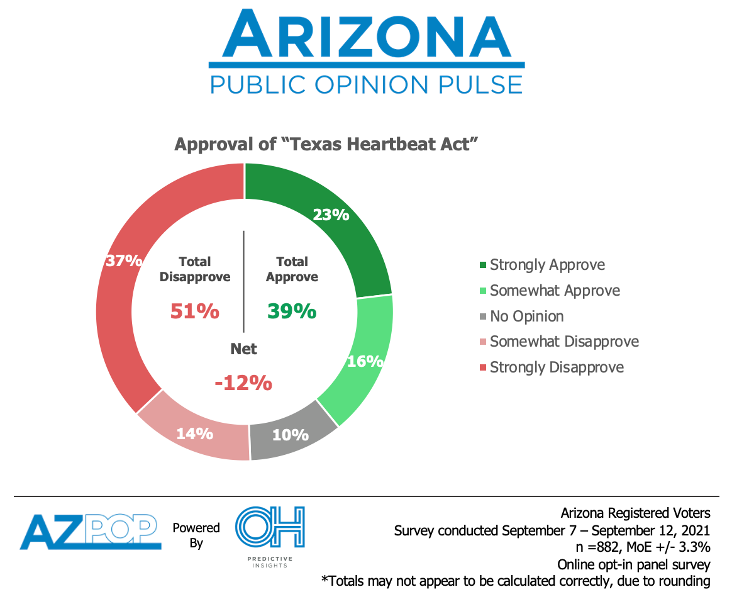 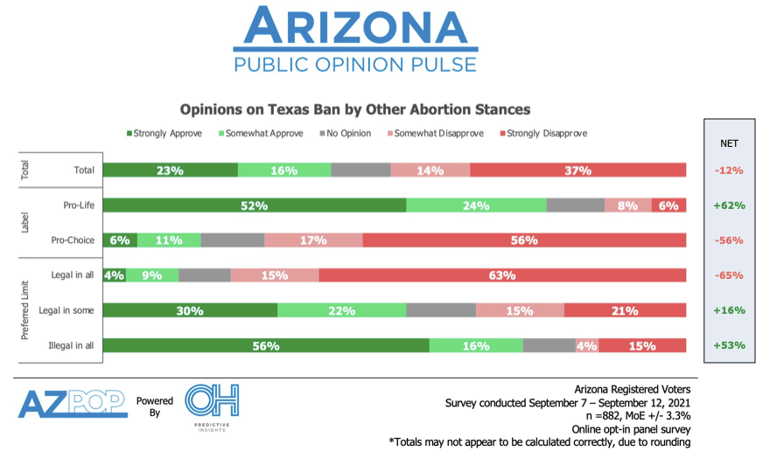 Opinions on the Texas Heartbeat Act vary based on other stances on abortion a voter takes. While pro-lifers and pro-choicers, perhaps unsurprisingly, fall on opposite ends of the approval spectrum for Texas’ abortion ban, the contrasting opinions of voters who think abortion should be legal in certain cases is particularly curious considering the tight restrictions and serious penalties within the new Texas law. Even as half (52%) of those who believe abortion should be legal in some cases approve of Texas’ new restrictions on abortion, more than one third (36%) of this group disapproves. 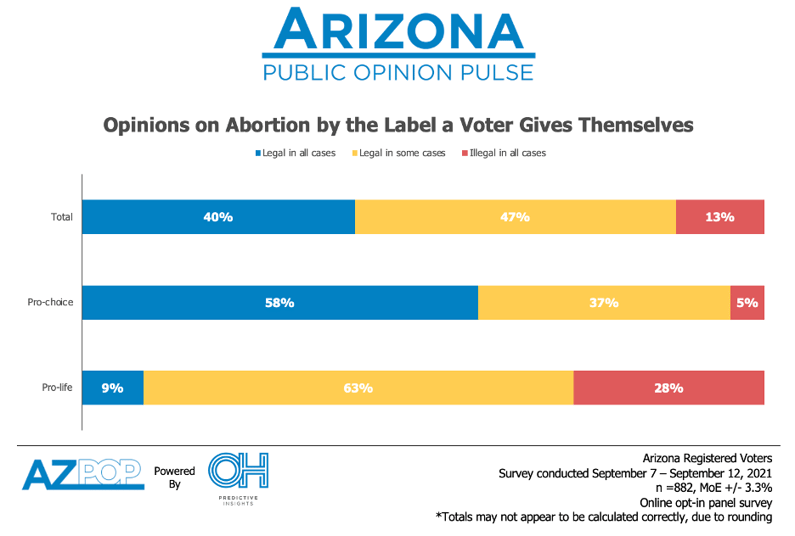 “We saw the beginning of Arizona’s transition away from ruby red ideology as we became a battleground in the 2020 Presidential election,” said Mike Noble, OHPI Chief of Research, “and State 48 appears to be continuing on a leftward journey. Though many of its abortion policies mark Arizona as a top ‘pro-life’ state, the Arizona electorate has aligned itself under the pro-choice label.” 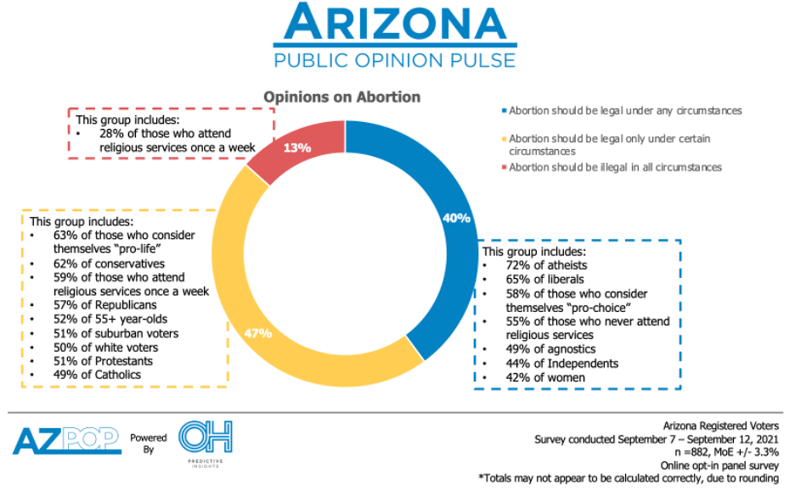 The survey found that support for legalizing abortion under any circumstances is statistically the same among parents of minor children (40%) and non-parents (45%). Parents whose children are over 18 years old, however, are less likely to support unrestricted access to abortion (35%) – half of these “elder parents” prefer legalizing abortion only under certain circumstances (51%).

“The data makes clear that, as of now, legislation criminalizing or overly-restricting access to abortion would not be popular in Arizona. However, the data also tells us that voters do not see the abortion issue in black and white,” said Noble. “Based on pro-lifers’ broad support for legal abortions in at least certain cases, it is safe to say that, in Arizona, pro-life does not necessarily equal anti-abortion.