According to the latest Arizona survey by OHPI, the top issue for Arizona’s GOP is Immigration at an overwhelming 56%, followed by Jobs/Economy (13%) and Education (12%). 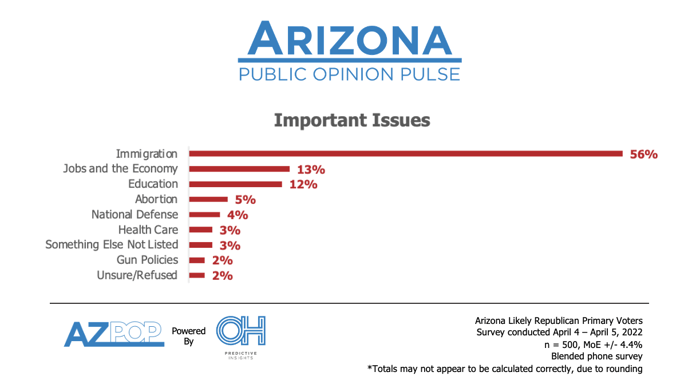 Arizona’s Governor race is the most interesting of all the statewide primaries polled. Kari Lake is currently in the first position with 29% support, yet Karin Taylor-Robson is hot on her heels with 22% support. In a distant 3rd sits Matt Salmon at 11% while Gaynor continues to struggle for an electoral pulse with only 3% support. However, one-third (35%) of likely GOP primary voters are still undecided. 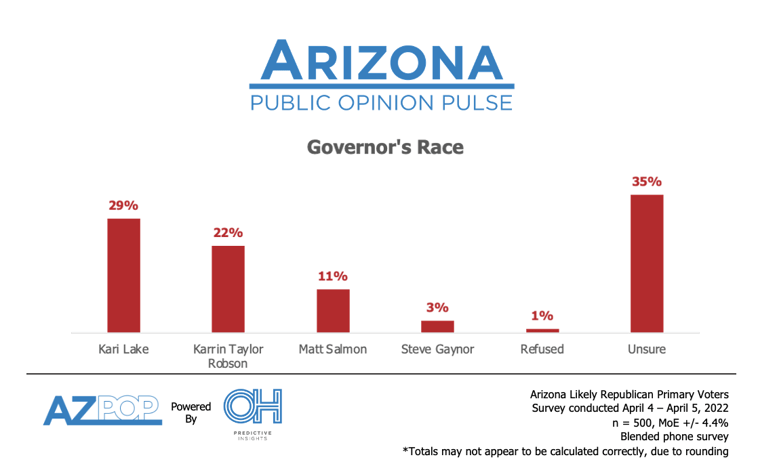 “With one-third of likely voters undecided in the Governor’s contest, the winner will likely be the one who does the best with voter math,” said Noble.

When it comes to geographic regions of support, Lake holds an advantage in voter-rich Maricopa County with 32% support while Robson (21%) and Salmon (12%) fall behind. Robson and Lake are essentially tied in support among Arizona’s Pima and rural counties. Lake is strongest among self-identified Conservative Republicans (33%), although, her support drops among Moderate Republicans (19%).

Current Arizona Attorney General Mark Brnovich holds a small lead in the U.S. Senate contest, with businessman Jim Lamon just 5 points behind the political veteran. However, a lot can happen from now until Election Day with 44% of voters currently still undecided in this race. 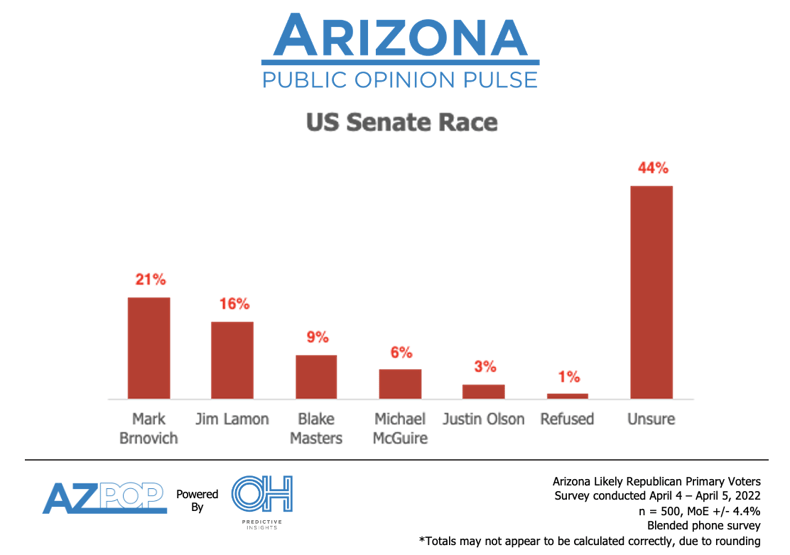 “None of the candidates have been able to break away and define themselves in the Senate contest,” said Noble. “They will need to do a better job of convincing voters that they deserve to be the GOP nominee to take on Kelly in November.” 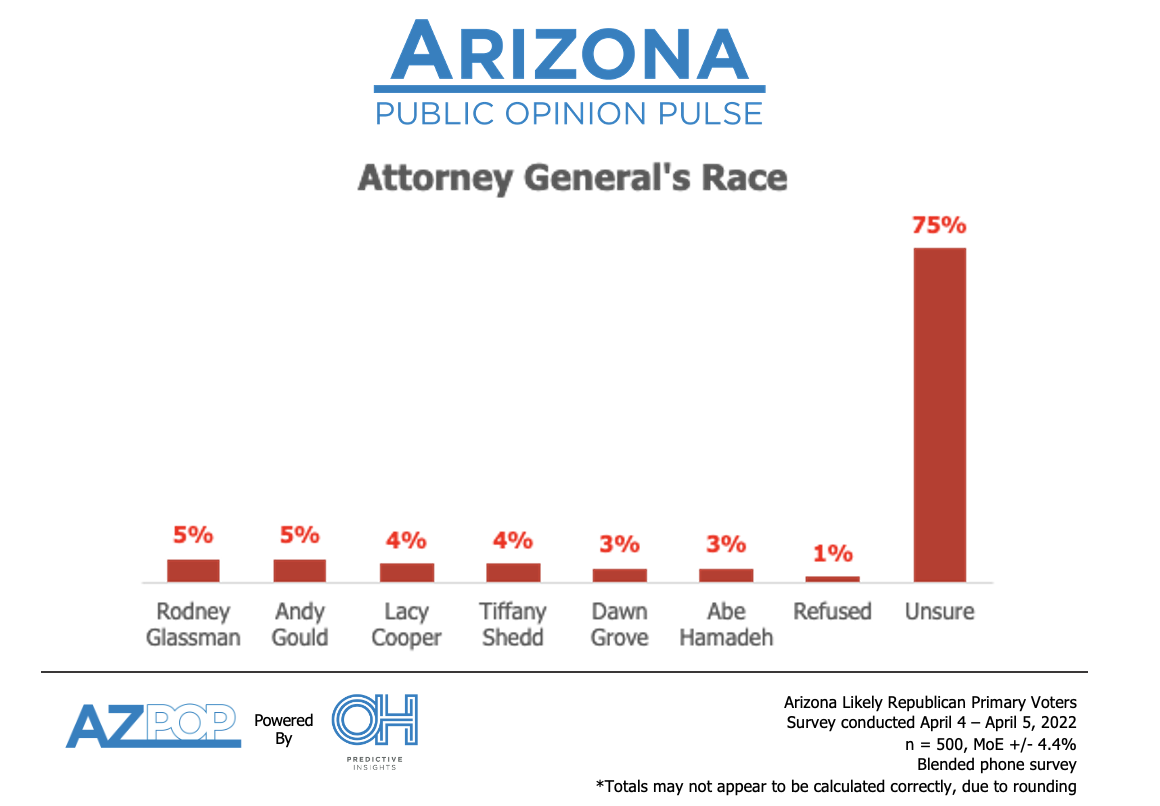 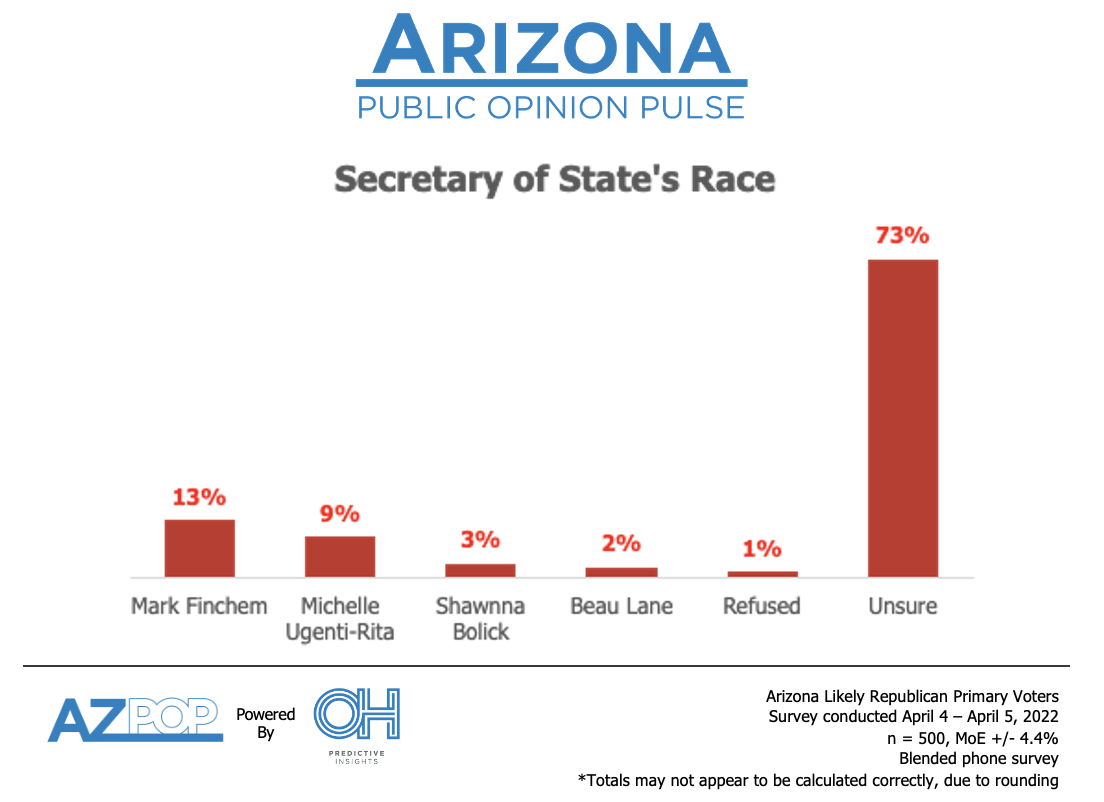 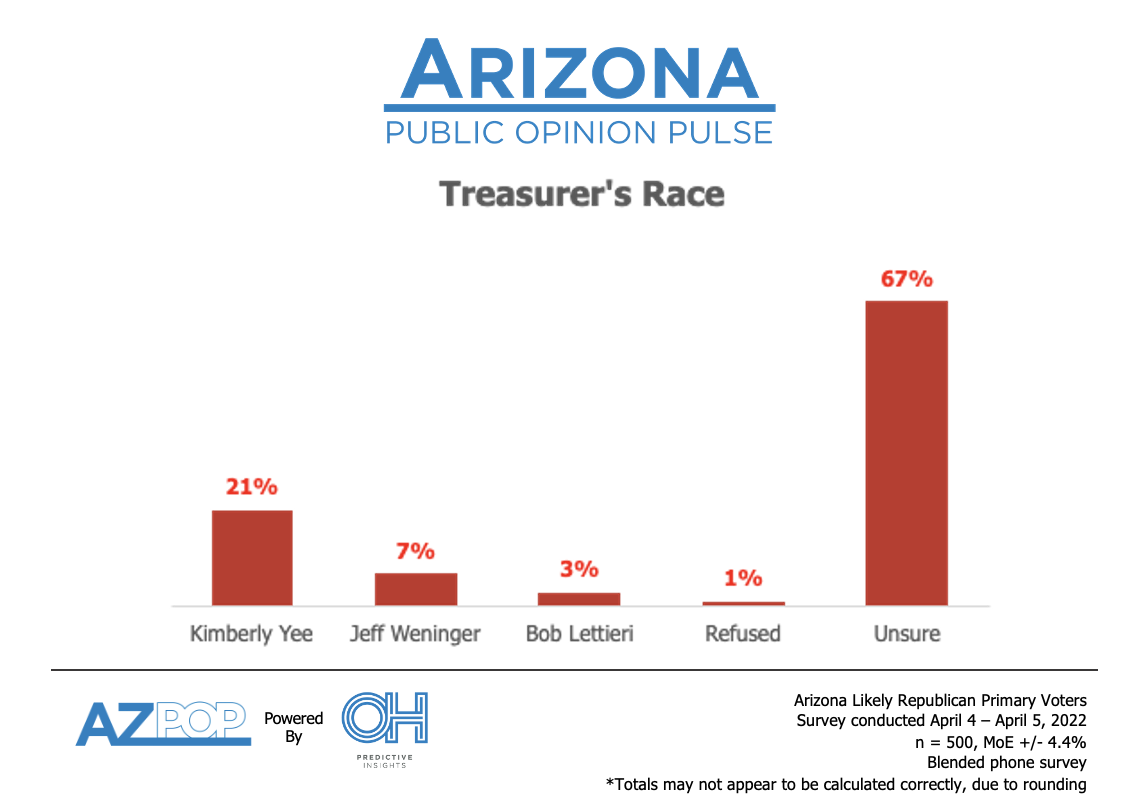 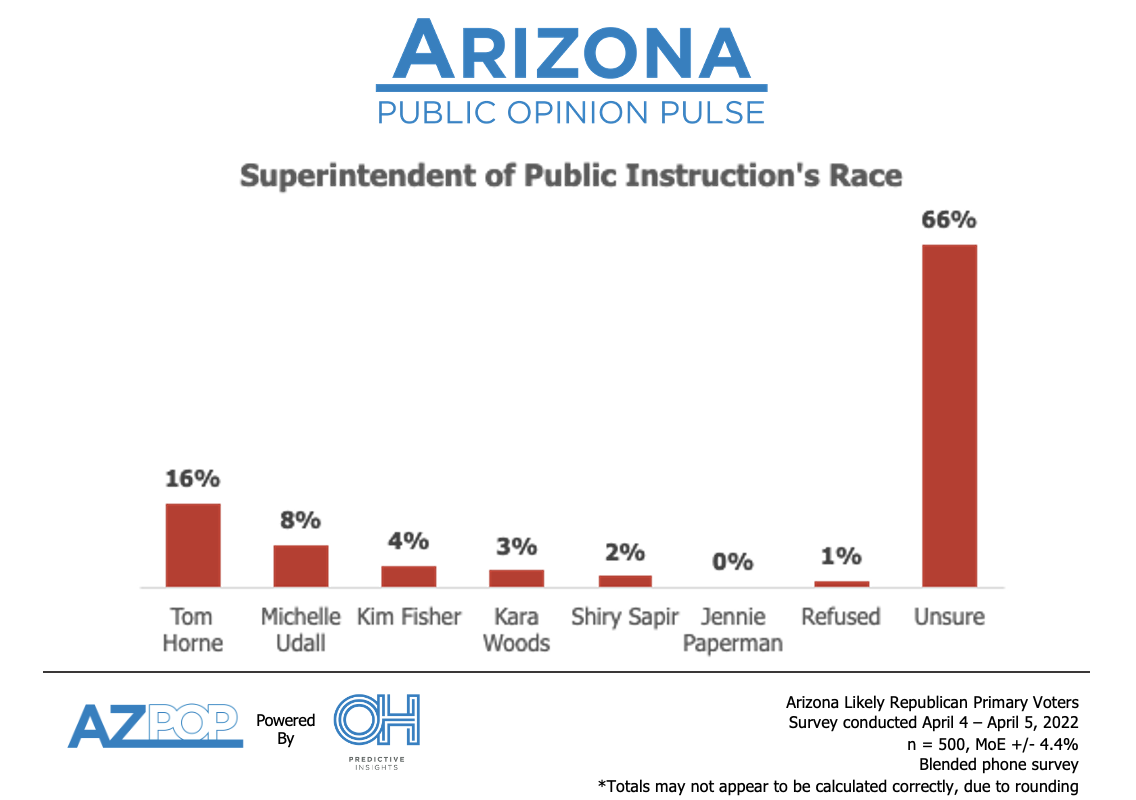 “In the down-ticket races, the biggest vote-share goes to the voters who are undecided,” said Noble. “These aspiring candidates should focus on raising money and getting in front of as many voters as they can from now until Election Day if they hope to be victorious come August.”

Note: This is the first AZ Republican primary likely voter poll of the cycle, and OHPI has two more scheduled. The next one will be just before Early Voting begins, and the third (and final) poll will be our poll of record near Election Day.

Methodology: This poll was conducted as a blended phone survey. The survey was completed by OH Predictive Insights from April 4th to April 5th, 2022 from an Arizona Statewide Likely Republican primary voter sample. The sample demographics were weighted to accurately reflect the projected Arizona likely GOP Primary Voter population by gender, region, age, and party affiliation according to a recent voter file derived from the Arizona Secretary of State’s Office. The sample size was 500 likely voters in Arizona, with a MoE of ± 4.4%. Numbers may not equal 100% due to rounding.