The latest survey revealed that student debt forgiveness is much more popular amongst younger age groups, regardless of party affiliation. The party with the largest divide between age groups is Democratic voters – nearly 9 in 10 voters (88%) ages 18-54 years old are strongly/somewhat supportive compared to 63% of voters ages 55+ who said the same. Republican and Independent voters in the 18-54 age group also expressed stronger approval (39% and 60%, respectively) than the 55+ voters of their same party.

Despite the high support among younger voters, an equal share of 64% of Arizona likely voters ages 55+ disapprove of student debt forgiveness. This age group, historically, has the highest turnout to vote in midterm elections. 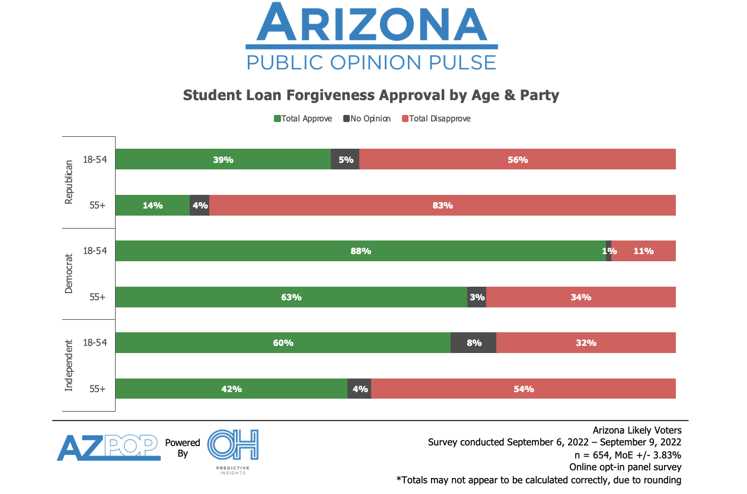 “With 55+ voters typically having higher turnout coupled with their majority disapproval of President Biden’s student debt forgiveness, it will be interesting to see the possible down-ticket impact this could have on the Democratic party,” said Mike Noble, OHPI Chief of Research. 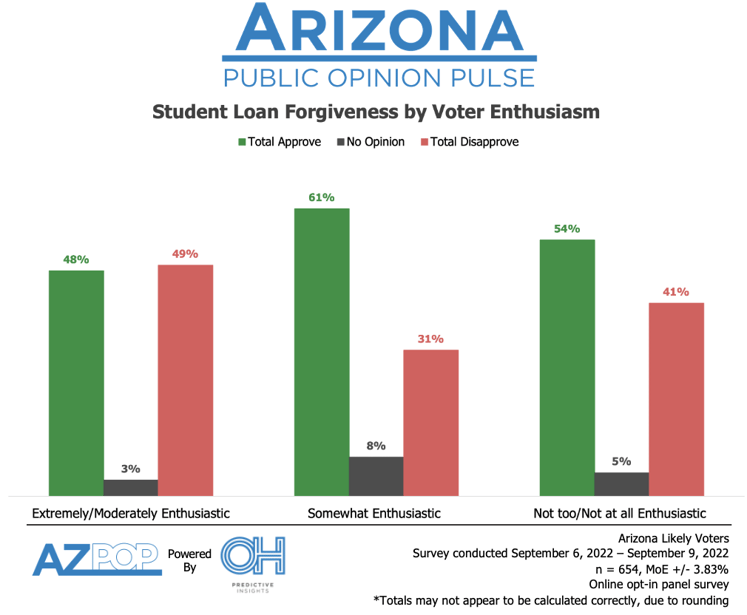 “As impactful as this student loan forgiveness may be on people’s personal lives, it does not appear to be making any significant impact on voter enthusiasm for this election season,” said Noble.

The survey revealed that Hispanic/Latino likely voters are more likely to be strong supporters of the student debt forgiveness plan. Overall, 75% of Hispanics said they strongly/somewhat approve compared to 68% of non-Hispanic minorities and 37% of Caucasian voters who also expressed their approval.