US Senate Race: Kelly Takes a Double-Digit Lead Over Masters

US Senate Race: Kelly Takes a Double-Digit Lead Over Masters

Secretary of State Race: 1 in 4 Likely Voters are Undecided

PHOENIX (September 21st, 2022)- Similar to how the Arizona weather doesn’t seem to cool off, neither does this election season. With just about three weeks until early voting for the midterm elections begins, candidates are staying hot on their heels in hopes to make it to the finish line. OH Predictive Insights’ (OHPI) latest Arizona Public Opinion Pulse (AZPOP) assessed Arizona likely voters’ sentiment toward the U.S. Senate and Secretary of State races. According to the survey, Democrat incumbent Mark Kelly is favored to win the Senatorial election over Republican Blake Masters by a 12-point margin. In the race for Secretary of State, only 5 points separate the leader, Republican Mark Finchem, from Democratic challenger Adrian Fontes. 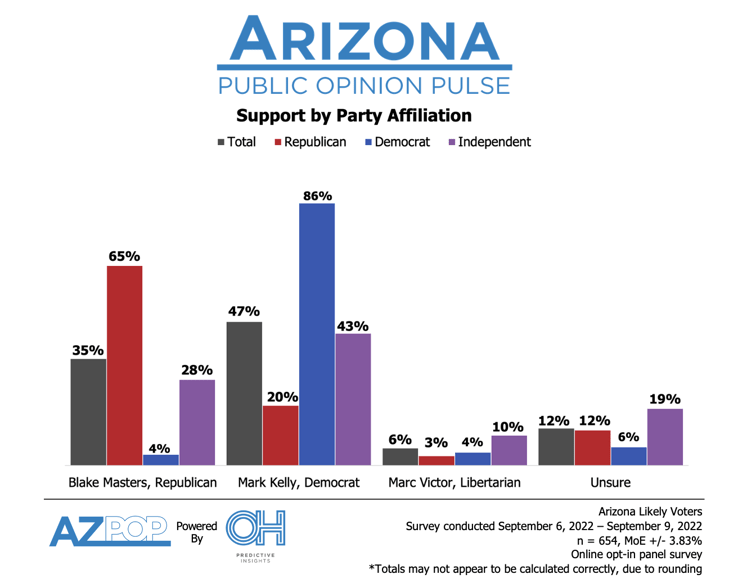 “Incumbent Kelly is performing fairly well among some key underrepresented groups in the electorate like Hispanics and Independents, and with 1 in 5 likely voters of his opposite party supporting him, the Democratic senator is in decent standing in his race,” said Mike Noble, OHPI Chief of Research. “However, Kelly can’t quite count his chickens yet – early voting is still 3 weeks away.”

He also beats out Masters among those with different levels of education, and his support largely increases among voters with a college degree. The recent AZPOP survey found that those with a high school degree or less gave Kelly 40% support vs 34% for Masters; more than half of voters with a graduate school education prefer Kelly (57%) over Masters (28%). 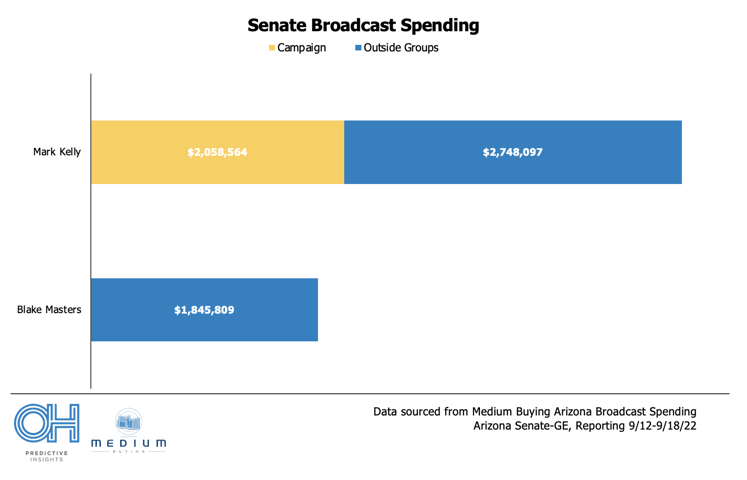 In the race for Secretary of State, Mark Finchem (40%) leads by only 5 points against Adrian Fontes (35%). Importantly, one-quarter of likely voters (25%) are still unsure as to whom they’d vote for.

Unsurprisingly, Finchem has a commanding lead among Republicans (73%), and Fontes has a similarly strong lead among Democrats (78%). Among Arizona’s all-important Independents, Finchem (31%) is more supported by only 3 points than Fontes (28%), while 2 in 5 Independent likely voters have declared themselves as being unsure (41%). In terms of favorability, 37% of respondents gave Finchem a favorable rating and 31% an unfavorable rating. Fontes was given an equal share of 33% for favorable and unfavorable. Interestingly, 17% of respondents had never heard of either candidate. 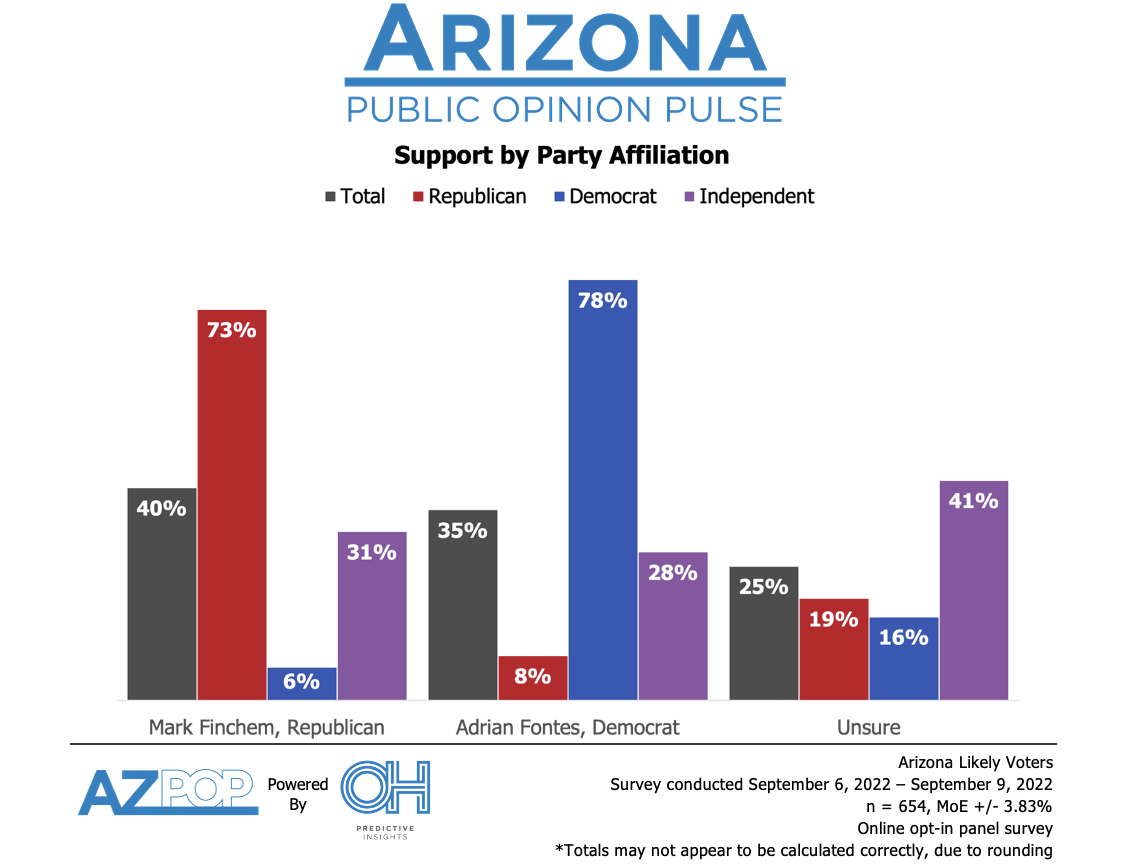 “As we saw in the AZPOP prior to the primaries, the big question mark is with the undecideds who’ve held a lot of deciding power this election season,” said Noble. “With a quarter of likely voters still undecided and only 5 points between Finchem and Fontes, undecideds will be the ones to watch to see which way they sway in the Secretary of State race.”