Will the Potential Roe v. Wade Overturn have an Impact on Midterm Elections?

Will the Potential Roe v. Wade Overturn have an Impact on Midterm Elections?

PHOENIX (May 25th, 2022)- The leak of the Supreme Court’s plan to overturn Roe v. Wade, a landmark decision that legalized abortion in the U.S. in 1973, has undoubtedly caused a political stir across the nation. A recent study was conducted to assess Arizona voters’ sentiment towards the potential overturn and whether it would affect their voting in the upcoming midterm elections. According to the latest Arizona Public Opinion Pulse (AZPOP) survey by OH Predictive Insights (OHPI), 87% of registered voters believe that abortion should be legal in some sort of way – unmoved from the 87% who said the same in September. 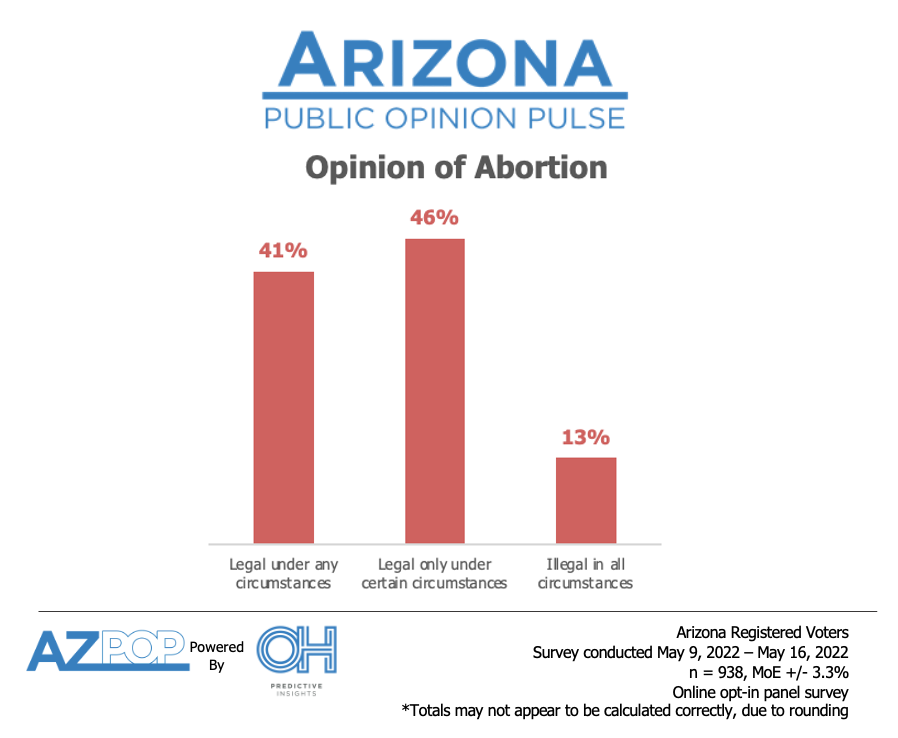 Arizona voters were asked whether they would support or oppose the overturn of Roe v. Wade, essentially meaning abortion would no longer be protected by the U.S. Constitution and the legality of abortion would be up to each state. Half of the respondents would oppose Roe v. Wade being overturned.

According to the May AZPOP, 31% of Arizona registered voters said they were pro-life, and 54% said they were pro-choice. The option to choose neither label, not given in the September AZPOP where we last asked this question, resonated with a meaningful 15% of voters in the May survey. This helps explain some of the differences seen from September when 62% of voters selected pro-choice and 38% selected pro-life.

“Abortion discussion surrounding the Texas Heartbeat Act in September was only a precursor to the national level this topic took this month,” said Mike Noble OHPI Chief of Research. “The overall sentiment on abortion has remained the same since September: Arizonans overwhelmingly want abortion to be legal in at least some circumstances.”

With midterm election season in full swing, the recent survey gauged how a candidate’s stance on abortion would impact Arizona voters’ decision to vote for them or not. Overall, 3 in 5 voters said a candidate’s stance on abortion would be very/somewhat impactful on their decision, while only 1 in 5 said it would be lightly/least impactful to their decision. 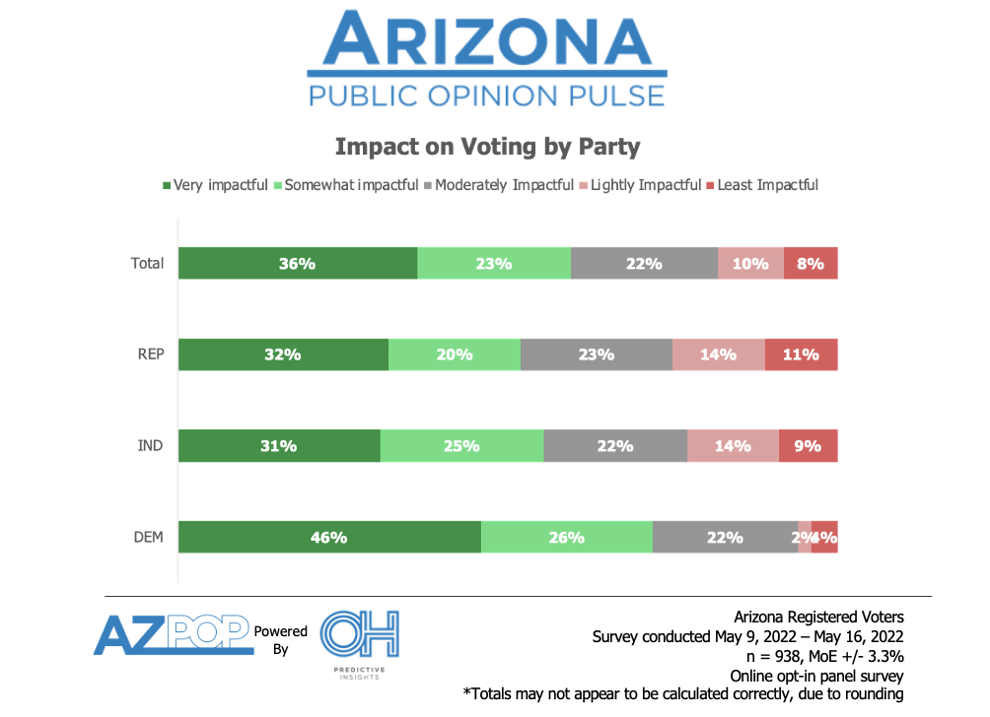 Arizona’s political environment has been recently more Republican-friendly due to current Democratic President Joe Biden’s nationwide unfavorability as well as the GOP’s months-long lead in voter enthusiasm. According to the May AZPOP, a candidate’s stance on abortion is most impactful to Democrats (72% very/somewhat impactful), whereas this level of impact among Republicans (52%) and Independents (56%) falls below average for each.

“All this uproar at the Supreme Court might be the kick in the side that Democratic voters need to compete with Republicans at the ballot box,” said Noble

Although the Supreme Court has not yet made an official ruling, the highly anticipated decision is expected in the next month or so.

“I am expecting to see many Democrats and possibly Independents leading the share of those who are more enthused to vote in the upcoming midterms if Roe v. Wade is overturned,” said Noble. “The unknown part is whether this issue will have enough of an impact to offset the pro-GOP political climate.” 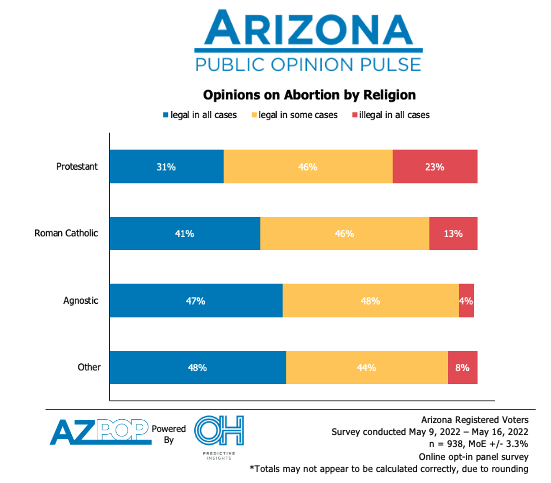 “While there are a variety of lenses through which you could assess sentiment on abortion, the biggest takeaway candidates should gain from this data is that their position on abortion will impact Arizona voters’ decisions, but some more than others, so deeply understanding your coalition is crucial this close to Election Day,” said Mike Noble.

Methodology: This poll was conducted as an online opt-in panel survey. The survey was completed by OH Predictive Insights from May 9 to May 16, 2022 from an Arizona Statewide Registered Voter sample. The sample demographics were weighted to accurately reflect the registered voter population by gender, region, age, party affiliation, ethnicity, and education according to a recent voter file derived from the Arizona Secretary of State’s Office and recent Census data. The sample size was 938 registered voters in Arizona, with a MoE of ± 3.3%. Numbers may not equal 100% due to rounding.